Brian Cash can put a figure to the cost of Alabama’s new immigration law: at least $100,000. That’s the value of the tomatoes he has personally ripening out in his fields and that are going unpicked because his Hispanic workforce vanished literally overnight.

For generations, Cash’s family have farmed 125 acres atop the Chandler mountain, a plateau in the north of the state about nine miles long and two miles wide. It’s perfect tomato-growing country – the soil is sandy and rich, and the elevation provides a breeze that keeps frost at bay and allows early planting.

For four months every year he employs almost exclusively Hispanic male workers to pick the harvest. This year he had 64 men out in the fields.
Then HB56 came into effect, the new law that makes it a crime not to carry valid immigration documents and forces the police to check on anyone they suspect may be in the country illegally.

The provisions – the toughest of any state in America – were enforced on 28 September. By the next day Cash’s workforce had dwindled to 11.

Today there is no-one left. The fields around his colonial-style farmhouse on top of a mountain are empty of pickers and the tomato plants are withering on the vine as far as the eye can see. The sweet, slightly acrid smell of rotting tomato flesh hangs in the air.

On Friday, the 11th circuit appeals court in Atlanta blocked the first of those measures, but allowed the state to continue detaining suspected illegal migrants. So it is unlikely that Cash’s workers will dare to reappear.

The blow to Cash can be measured in those $100,000 – money he says he had wanted to put aside as insurance against a poor crop in future years. But it can also be measured in other ways.

Cash says that losing his pickers is much more than a commercial disaster. “Many of these people are friends and like family to us. They have been working for my family for years.”

The crew leader for Cash’s fields has been working for his family for 17 years. “He’s my age and we pretty much grew up together,” he says.

Cash has sponsored him in his application for American naturalisation – a process that the immigration authorities have said will take up to nine years and cost up to $17,000.

The crew leader already has permanent residency status and his two children are US citizens, but because his wife is undocumented he was fearful of the new law and left abruptly along with the others the minute the provisions came in.

Cash gets angry when people tell him that his Hispanic workforce was taking jobs away from Americans. Since the new law began two weeks ago only two American citizens have come by his farm asking for work.

The couple had driven two hours from a city to offer their services, but they barely lasted that long in the fields. Cash discovered that they were trying to fiddle him by notching up two baskets of tomatoes for every one they picked – as they were paid by the basket that would have fraudulently doubled their earnings.

“That’s just the kind of stuff you come across. Somebody who really wants a good job and is prepared to work hard and honest for it isn’t going to come up here for four months in the year.

“But Hispanics will do that, and move on to Florida when the picking’s finished.”

In a couple of weeks Cash says he will kiss goodbye to all the tomatoes left in the fields. He has already begun to pull up the stakes and remove the plastic ground cover, and then he will take a tractor out and bury the plants under ground.

“It’s going to be a little while, but eventually people will see what has been done here. The cost of food in the supermarkets is going to go up, and in the end we will all pay the price.” 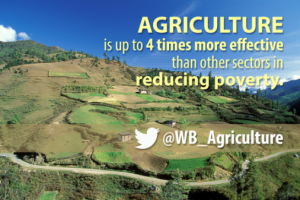 What type of career do you aspire to have? Do you want to be an artist, a business person, or a policymaker? Or, have you ever wanted to become a farmer? I would not be surprised if you said no. 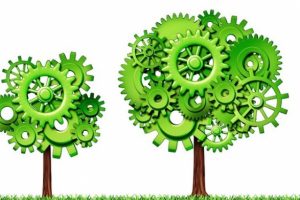 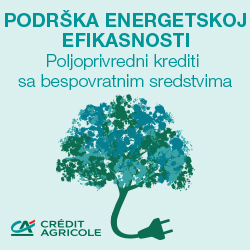