The carrots are shaped like crow’s feet. The cucumbers are crooked. The potatoes are heart-shaped or just too small. A cob of corn is missing a few kernels. For most German supermarkets, such oddly-shaped vegetables do not qualify for the shelves. More often than not they end up in the garbage heap.

But for Nicole Klaski, a crusader in the fight against food waste, these represent something beautiful and valuable. Two years ago, Klaski founded the first German supermarket that takes oddly-shaped vegetables from the fields and puts them on the shelves for people to buy. “Imagine if everyone on earth looked exactly the same. That would be boring,” she says. “The same is true for vegetables. We should be celebrating their diversity”. 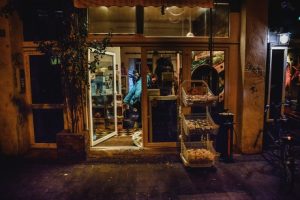 Germany wastes roughly 11 million tonnes of food each year and Klaski is determined to do something about it. So two years ago, the 35-year-old founded THE GOOD FOOD, a supermarket dedicated to combatting food waste. Each week Klaski and several volunteers go out to visit farms to salvage produce that has been rejected as too oddly-shaped or two small by large supermarket chains.

In addition to collecting vegetables from the field, the group also collects food that may be approaching its use-by date from local supermarkets, of which there is often plenty to spare. The goods are then sold at her Cologne-based market at whatever price the customers believe to be fair.

The process of collecting and selling food provides a space for the more than 70 volunteers and thousands of customers to come together  to have a conversation about how they truly appreciate food and everything it takes to produce it, as well as how best to cut down on food waste. But this positive movement hasn’t just stopped at the shop, it’s creating an anti-food waste community.

The ice cream shop down the street is using bananas from THE GOOD FOOD, and senior citizens are interacting with youngsters, sharing their love for food. Also, the Indonesian restaurant around the corner is cooking meals with forgotten produce collected from the fields nearby Cologne.

Heinrich Hannen, who owns Lammertzhof Farm, in Kaarst, Germany has been providing vegetables to THE GOOD FOOD since its beginning. He believes that such efforts may only make a small dent in combatting food waste globally, but that is how all big ideas start. “If you want to change the world, you must start with yourself,” he says. “That’s what we’re doing.”

The causes of food losses and waste in middle and high-income countries often relate to consumer behaviour as well as to a lack of coordination between different actors in the supply chain. For example, fruits and vegetables are often wasted due to them failing to conform to commercial high-quality standards. Those that are less than perfect in appearance – in terms of their shape, colour, size and which are not free of blemishes and /or bruising –  are often rejected by buyers.

However, when we throw away fruits and vegetables, we are also wasting the precious resources – the seeds, land, labour, water and inputs – that went into producing it and the energy and labour used in harvesting it, preparing it for sale and in transporting it to the markets or supermarkets.

Wasting less, eating better and adopting a sustainable lifestyle are key to building a world free of hunger. The choices we make and the actions we take today are vital for our #ZeroHunger future. 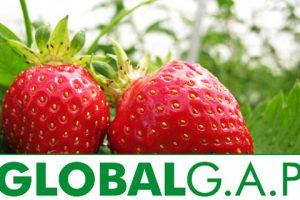 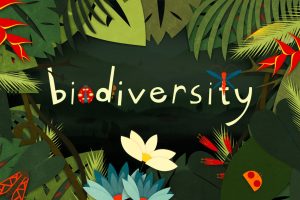 Stop the loss of biodiversity

The signs that we are damaging the planet are everywhere. Denuded forests empty of animals, plastic pollution clogging the oceans, and fewer bees to pollinate our crops, are all testament to the failure of our model of production and consumption to build a society in balance with nature. If we add the impacts of runaway climate change, it all seems very bleak 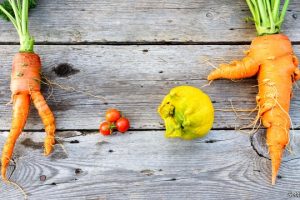