Home News Copa-Cogeca: With the new CAP farmers must not be penalised unfairly

With the new Common Agricultural Policy (CAP) just starting to apply, Copa-Cogeca will be pressing hard in 2015 to ensure that EU farmers and cooperatives are given time to adapt and are not penalised unfairly in the first years of reform, Chairman of Copa-Cogeca new working party on Direct payments and Greening under the new CAP Udo Hemmerling (DBV) said.

“Not only are the greening measures under the new CAP proving burdensome for farmers, but basic questions on how to implement the new rules remain unanswered. Yet this is crucial when farmers have to make important production decisions. Rules to implement the CAP at national level are only just being finalised”, he stressed.

“Excessive red tape and bureaucracy under the CAP has already been identified as a major concern for farmers and cooperatives, stifling innovation and investments. The risk of unintentional errors during the first years of implementing the CAP will therefore be high, which would automatically cause payments to be cut. Since it is already too late to provide greater clarity on the rules, there must consequently be a certain amount of tolerance in the first years vis a vis cuts in greening payments. On-farm visits to advise and help farmers to implement the greening rules correctly and deliver the desired environmental benefits are crucial”, Hemmerling insisted.

He went on to welcome the fact that Commissioner Hogan has already launched a comprehensive screening exercise of the entire agricultural legislation. “A key priority for Copa-Cogeca will be to feed into this exercise and ensure simplification is a success. A reduction in red tape would free up time and resources to boost investment, growth and jobs. Simplification should not change the political compromise nor endanger the objectives of the CAP”, he said.

“It will also be crucial for us to ensure that the greening measures do not result in land being taken out of production. It is very hard for farmers to understand that the EU should opt to cut production at a time when the rest of the world is focusing on producing more food to meet growing demand”, he added

Udo Hemmerling is also Deputy Secretary-General of DBV. Henri Brichart , Vice President of FNSEA and Gail Soutar, Chief Economics and International Affairs Adviser at NFU of England and Wales, were elected as Vice Chairpersons of the new Copa-Cogeca working party on Direct payments and Greening under the new CAP. 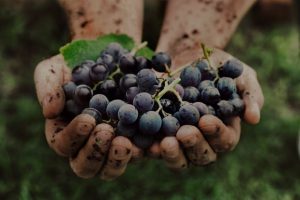 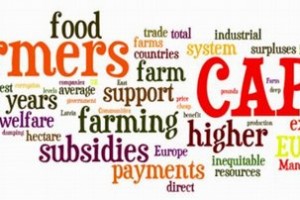 Copa-Cogeca welcomed today EU Farm Ministers decision on the delegated acts for the new Common Agricultural Policy (CAP), stressing it will enable farmers to get on with their production plans for the upcoming season. Farmers cannot decide what to sow for the next season until they have clear rules in place, Copa-Cogeca Secretary- General Pekka Pesonen said.