More efforts needed for full safety of food in Serbia

More efforts needed for full safety of food in Serbia

In 2013, the EU member countries issued 19 announcements and warnings, through the RASFF (Rapid Alert System for Food and Feed), regarding goods originating from Serbia, and two reports since the start of this year. Although an occasional irregularity in trading with food is expected, the EU Delegation in Serbia has stated that Serbia needs better control in this sector and that more work lies ahead on the building of a system that would guarantee food safety.

Problems with food safety can appear in any country. However, the Serbian authorities should consider the information they have received and, when several warnings are issued for the same type of product, take the necessary measures in accordance with the risks, said the chief of the division for European integration of the EU Delegation in Serbia, Freek Janmaat.

He estimated that Serbia had already fulfilled a number of conditions sought by the EU, on the basis of which the exporting of a wide range of agricultural products from Serbia into the EU has been allowed, but more significant steps are needed for securing a high level of consumer protection.

Although some of the EU regulations in this field have been transferred to national legislation, some key structures for guaranteeing food safety in the entire food chain have yet to be established, like a functional and credible system of national reference laboratories, Janmaat said.

Besides, the current enforcement system, particularly the inspectorates, should be significantly improved in order for the entire production in the country to be in harmony with the EU standards, he added.

For the year 2013, there were 19 warnings for products from Serbia, of which eight were because of pathogenic organisms, i.e. hepatitis A, norovirus and salmonella, and two because of aflatoxin, which is a mycotoxin – a toxin from fungi.

Warnings about the presence of mycotoxins were also registered in 2014, with two reports regarding ochratoxin.

In this sense, according to a report by EurActiv, Serbia fits into the general trend of reports in RASFF, considering that there was a total of 3,205 reports and warnings in 2013. The most frequent irregularities were the presence of pathogenic micro-organisms, such as viruses and bacteria, which was reported in 774 cases, and mycotoxins with 405 reports.

No fear for consumers

In such cases, typical measures are the banning of distribution, rejection of imports at the border or recalling from the market, while for less serious omissions, such as failing to declare an ingredient, the placement of additional information on packaging is sought.

According to Janmaat, flagged products cannot be placed on the EU market, and the countries of origin are informed about the omissions and risks and it is up to them to estimate the risk and take appropriate measures depending on that risk.

The chief of the department for crop protection and nutrition agents of the Serbian Ministry for Agriculture, Snezana Savčić Petrić, told EurActiv that such products are also withdrawn from the Serbian market, in which the main role is that of the entity which placed it on the market.

The manufacturers, like the one in the latest case of strudels with an increased level of ochratoxin, sometimes claim that the risk is exaggerated in some cases and that subsequent analyses in European laboratories show a lower risk. On the other hand, they pointed out that the authorities in Serbia withdraw all products from stores too early, even before Europe does.

She said that information from the RASFF system helps the authorities in Serbia to more easily discover risks in the food chain.

The implementation of RASFF will be Serbia’s task within Chapter 12 in negotiations with the EU, dedicated to food safety and veterinary and plant health policy. The information of RASFF, she explained, is distributed to the relevant divisions of the Ministry, depending on whether the food is of vegetable or animal origin. 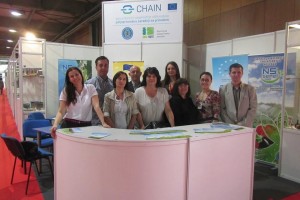 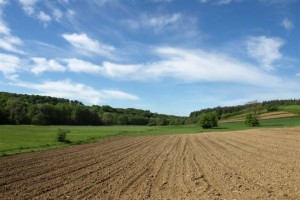 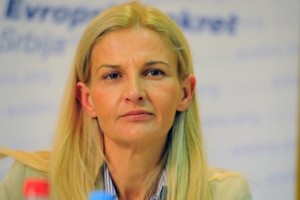