The Serbian Ministry of Agriculture is planning to unveil draft amendments and supplements to the Law on Agricultural Land with the aim of limiting the sale of such land to foreigners before 1 September, when the market is to be liberalised. And while a competent minister is announcing a public debate on the amendments to the controversial law, agricultural economists are calling for the postponement and limiting of the sale of arable land to foreign buyers, and European officials are saying that selling the land should not be feared.

Serbia is the only country that has taken on the obligation of liberalising the agricultural land market and permitting its sale to foreigners prior to joining the European Union.

Other countries had that obligation after they joined the EU, whereas most even had a “good” transition period of a few years. Croatia, for example, managed to get seven and Poland as many as 12 years.

The Stabilisation and Association Agreement (SAA) between the EU and Serbia envisages that Serbia will within four years of the agreement’s coming into force enable EU citizens to obtain the right of ownership of real estate, including agricultural land.

The deadline started on 1 September 2013, with the coming into effect of the SAA, meaning that Serbia should liberalise the market in 2017.

“This has to find its way to the MPs because Sept. 1 is drawing near. We will resolve this and there will be no problems,” said Nedimović on 3 July and recalled that Prime Minister Ana Brnabić, presenting the program and objectives of her cabinet to parliament, said that those amendments would be a task of the government that would be resolved in its first 60 days.

However, the draft amendments are still being worked on and, according to unofficial information, foreigners will be able to buy arable land once they prove they have spent seven years in Serbia, whereas a legal entity and newly founded company must prior to the purchase be registered at the Business Registers Agency of Serbia for five years.

Economists against the sale

The sale of Serbian agricultural land to foreigners should be delayed and limited and a referendum should be prepared to determine whether citizens support a complete ban on that, agricultural economists said.

“The EU will not pass up the opportunity to demand maximum benefits for foreigners looking to buy agricultural land in Serbia,” agricultural economist and MP Miladin Ševarlić told Beta on 11 July.

Commenting on the announcement that the new law on agricultural land would allow foreigners to buy arable land, Ševarlić said it was “absurd for Serbia to make concessions to the EU before it has started using money from the IPARD pre-accession funds and let foreigners buy arable land in Serbia.”

In his view, not only has Serbia not joined the EU but “it is not even known whether and when it will become a member of that union, thus the relationship with the EU may be considered neo-colonialism”.

Ševarlić added that “The current regime is not to blame for the signing of the SAA with the EU which envisages that Serbia will allow foreign nationals to buy arable land, but it is to blame for not having done anything to change that in the past five years.”

“If it is true that a company will have to be registered for five years prior to purchasing land, why have they been letting the ‘daughters’ of foreign companies registered in Serbia buy arable land in Serbia for €500?” asked Ševarlić.

Agricultural economist Milan Prostran said that he knew that two former ministers of agriculture had attempted to change the SAA but failed, while “the authorities have been stubborn in the last few years and have not paid much mind to experts’ warnings”.

“Domestic arable land should be protected as much as possible and the prerequisites set that one must be a Serbian citizen for 10 years, has been working professionally in agriculture for five years and may buy no more than 100 hectares, because for me the sale of land is the sale of sovereignty,” said Prostran.

He went on to say that Serbia should now, like Hungary, call a referendum and completely prohibit the sale of agricultural land.

No cause for alarm

European Commissioner for Agriculture and Rural Development Phil Hogan has said that the sale of agricultural land was a delicate issue, but added that it should not be “feared without reason”, because the SAA did not open the door for EU citizens to buy land without any limitations.

The SAA entails that as of 1 September 2017 there will be no discrimination between the citizens of Serbia and the EU when they buy real estate, including agricultural land, and the Serbian government can still regulate the terms of land purchase if those terms are applied equally, Hogan told Agro Smart.

He recalled that, after previous rounds of EU enlargement, the progressive liberalisation of land purchase had not led to foreigners’ acquiring or buying arable land in new member states to a significant extent.

In fact, EU citizens or companies can already buy land in Serbia through a company registered in Serbia and so far that has happened only to a limited extent, said Hogan, as reported by Agro Smart on 5 July.

Hogan also said that foreign investment should not be viewed with suspicion because it could bring new technology and know-how and help improve the competitiveness of Serbia’s agriculture. He added that, for that reason, he did not believe it was necessary to consider changing the SAA terms in that regard. 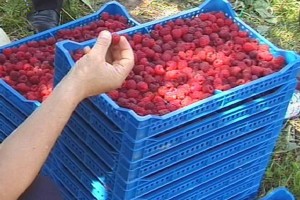 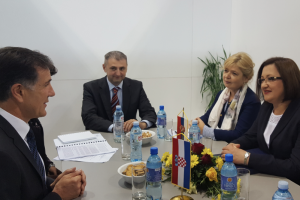 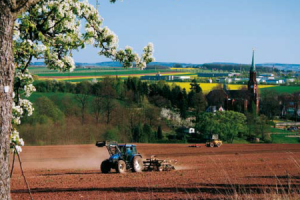