On August 22 Serbia made it clear that it will abide by the the EU recommendation not to introduce special measures to boost the export of its food products to the Russian market, but that it will not obstruct it either. The introduction of Russia’s embargo on food products coming from the EU and western countries on Aug. 7, was perceived in the Serbian public as an opportunity to increase the export of local staples to that country. Although Belgrade wants to increase its presence on the Russian market, which was the reason for a visit by the Serbian agriculture minister to Moscow on Aug. 21, Serbian officials say that no special measures are being taken nor will be taken to achieve that goal. They add that Serbia can meet only a small share of what the Russian market demands in that regard.

Serbia and Russia signed a free trade agreement in 2000, but Serbia failed to profit much from this arrangement because of Russia’s strict import criteria and Serbia’s small production capacities.

This kind of cooperation also experienced some problems over the quality of Serbian products. Trade Minister Rasim Ljajic was in Moscow in June after a shipment of spoiled and repackaged meat from third countries was detected.

Russian Agriculture Minister Nikolai Fyodorov said on the occasion that in 2013 trade in agriculture between Serbia and Russia was worth US$270 million. Russia exported to Serbia mostly cigarettes, tobacco, and cooking oil worth $57 million, while Serbia exported to Russia meat, fruit and vegetables.

Belgrade said it will not allow the re-exportation of European products from Serbia to Russia.

Serbian Prime Minister Aleksandar Vucic on Aug. 22 warned all exporters not to even think of repackaging foreign goods for the purpose of exporting them to Russia as local products as they may well “end up in prison,” and to instead increase production and calculate how much they can earn in 24 months and not in 24 hours.

Vucic also said that Serbia will respect the will and recommendations of the EU not to approve additional subsidies for exporting goods to Russia, but that it will not introduce sanctions against Russia over the clashes in Ukraine.

“We will not prevent exports, but we will not approve new subsidies for the export of goods to Russia. We will respect the EU’s recommendations, because EU membership is our goal,” Vucic said at a news conference.

“No, it was not us,” he said, and added: “I don’t get what urging solidarity with EU countries means. Solidarity in what? We were not consulted when sanctions against Russia were introduced nor when Russia responded by imposing counter-sanctions. Is it possible then that we, who had no part in any of that, are now considered to be responsible by both sides?”

Vucic also said that the international community should not expect Serbia to neglect its development and interests over the conflict it is not involved in in any way.

Vucic added that two days ago he was handed a recommendation by Oscar Benedict, deputy head of the EU Delegation in Serbia, advising Serbia to refrain from introducing new measures for boosting exports to the Russian market and thus making up for Russia’s ban on the import of such goods from the EU.

Vucic underlined that Serbia will protect its interests, that it has nothing to do with the conflict in Ukraine, and that it pursues a policy of peace. “At the same time, Serbia will not introduce sanctions against the Russian Federation, and this is a policy I personally presented,” Vucic added.

BETA was told in Brussels that the European Union is expecting all candidate countries with which negotiations on membership are under way, including Serbia and especially Turkey, as well as other countries, not to use Russia’s sanctions against the EU to take the place of EU food exporters on the Russian market.

EU Commission officials said that was “more the matter of moral and solidarity” with the EU, adding that the EU ministers see the goal of the EU sanctions against Russia to be “finding of an urgent political and sustainable solution” for the Ukrainian crisis.

International diplomatic officials in Brussels told BETA that “the EU is somewhat taken aback and angry with all candidate countries, being of the opinion that refraining from taking the position of European exporters in Russia is also a matter of solidarity and common values.”

After the meeting, Russian Agriculture Minister Fyodorov said that next week Russia will grant the right to three new dairy producers in Serbia to ship their products to the Russian market, and that deliveries can begin in two to three weeks.

He added that “companies ready to export pork to Russia can obtain Russian permits within two weeks at the latest.”

According to Fyodorov, Serbia was asked to compile a list of new exporters of dairy and meat products.

Snezana Bogosavljevic Boskovic told on Aug. 22 the RTS public service that there is no reason for anyone to feel threatened by the visit of the Serbian delegation to Russia and a possible successful ending of the negotiations with the Russian partners.

According to her, Serbia is seeking a market for its products and ways to invest in and develop its agriculture sector faster.

She added that Serbian products account for some 0.2% of all food products Russia is importing, and that if Serbia uses all its capacities fully, the share would reach only 0.4% or 0.5% of the Russian market

On Aug. 20, representatives of the Russian Dixy food retailer, the third largest in Russia, visited Belgrade, where they discussed an increase in the import to Russia of Serbian fruit and vegetables with Serbian officials and producers. 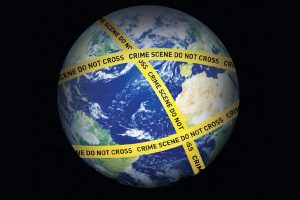 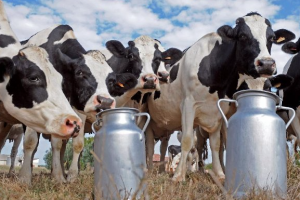 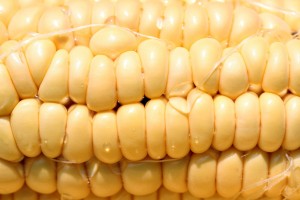