PrecisionAg’s editor Eric Sfiligoj has prepared a list of the top 10 technologies that are shaping precision ag today. Most involve some level of robotics, navigation, sensors and variable rate dispensing.

It’s hard to tell exactly where the state of precision agriculture today would be without GPS — literally. From virtually the moment agriculture gained access to position locating satellites in the 1990s, operators and manufacturers have found various ways to tie into these tools to make managing field work much easier and accurate. “In North America and Europe, growers can turn on the tractor and get to work almost immediately,” says T.J. Schulte, Marketing Manager for Trimble Agriculture Division.

Looking beyond these capabilities, experts say that satellite technology is truly deserving of its “global” moniker. “No longer can we refer to all these systems as GPS — that’s not an accurate description when referring to new Global Navigation Satellite Systems (GNSS) receiver technology today,” says Greg Guyette, President of Insero. Instead, he adds, GNSS covers all countries’ satellite constellations including GPS, GLONASS, and Galileo.

After figuring out where precision agriculture stands on the planet, the next most important innovation these past 20 years would have to be the development of mobile devices. The world today would be an entirely different place without them, according to Illinois Grower John Reifsteck. “Without the cell phone, we probably would still be sitting in the barn a lot, waiting for someone to come to the barn and make things work,” says Reifsteck.

Today, cell phones have morphed into a whole host of useful mobile devices including smartphones and tablets. So ingrained has this technology become that experts estimate that there are more mobile devices on today — 7.25 billion — than people (around 7.2 billion).

As of 2016, most precision agriculture manufacturers that dabble in the mobile devices market have spent most of their time trying to expand the capabilities these products can offer to users. “We run our business on the 20-minute rule when it comes to getting information to the user,” says Dr. Marina Barnes, Vice President of Marketing for FarmersEdge. “If you can’t get your technical data to work for the farmer within the first 20 minutes after he receives it, he’s probably never going to use it.”

Robots are taking on many tasks in agriculture these days (with varying levels of success), including planting greenhouse crops and pruning vineyards. And there’s been no shortage of activity in agronomic crops. The biggest push has been for autonomous machines that are remotely controlled using telematics. Kinze engineers have created an autonomous grain cart system (designed to plug into any tractor) in which the cart follows a combine through the field at safe distance.

Launched in 2011, AGCO’s Fendt Guide Connect leader-follower technology also connects two machines by means of GNSS signal and radio, so that both can be controlled by just one driver. AGCO is continuing to develop the concept based on customers’ input on their farming needs, says Sepp Nuscheler, Fendt Senior Communications Manager at AGCO.

In a different approach, the Fendt MARS (Mobile Agricultural Robot Swarms) project utilizes small corn seeding robots that are lightweight, energy-efficient, highly agile, cloud-controlled and operated from a tablet app. There’s no cab but one off-field operator managing a fleet of multiple MARS units. They can work around the clock and have low maintenance needs. “Look for some exciting developments to be shared on the MARS project in Q4 of this year,” says Nuscheler. “This is one direction we see the future of ag robotics heading — small but smart and many.”

Innovations in precision irrigation technologies are growing even more crucial as growers face water scarcity due to drought, aquifer depletion, and water allocations. One recent advance is telemetry, says John Campbell, Manager of Technology Advancement and Adoption with Valley Irrigation. Products now allow growers to remotely monitor and control nearly every facet of their irrigation operation. The systems save water, time, fuel, and wear and tear on vehicles.

In the future, Campbell says producers will be integrating soil moisture monitoring, weather data and variable-rate irrigation (VRI) into their systems.

Ze’ev Barylka, Director of Marketing and Sales at Netafim USA, adds Precision Mobile Drip Irrigation as another major advance. PC dripline is pulled through the field by a center pivot or linear move irrigation system. As the driplines are pulled behind the system, the integrated emitters deliver a uniform pattern across the full length of the irrigated area. Because the driplines deliver water directly to the soil surface, evaporation and wind drift are virtually eliminated, allowing more water to reach the root zone.

One of the newest buzzwords to hit precision over the past few of years is the “Internet of Things” (IoT). Simply defined, it’s the concept of connecting any device with an on/off switch to the Internet (and/or to each other). This network of connected things could also include people with wearable devices.

The idea has been demonstrated in the consumer market in the “connected home,” for instance, where appliances, security systems, and the like communicate with each other and the homeowner. Craig Houin, Data Management Lead at Sunrise Cooperative, says connected components in agriculture could include field sensors (for logging real-time weather, soil moisture, and temperature data) and aerial/satellite imagery for field monitoring. Such device communications could also be used in dispatching programs, sales interaction tools, and other business management applications.

Most recently, a number of ag start-ups and component suppliers (hardware, software, etc.) are using LPWANs (Low Power Wide Area Network) in place of or to augment cellular networks in wireless data transmission. “These networks are designed to carry small amounts of data transmitted intermittently over long ranges,” says Paul Welbig, Director of Business Development at Senet Inc. Because the devices that communicate with the LPWA networks do so with very low power, their battery lives are substantially longer than the current cellular offerings. This coupled with low cost network usage provides a very compelling total cost of ownership advantage over other options.

Wireless sensors have been used in precision ag and/to gather data on soil water availability, soil compaction, soil fertility, leaf temperature, leaf area index, plant water status, local climate data, insect-disease-weed infestation, and more. Perhaps the most advanced and diverse technologies to date are found in water management. Across the country, increased regulation of water use and water scarcity will continue to drive improvements in this area. In fact, BCA Ag Technologies’ Ben Flansburg says soil moisture and rainfall sensors have been some big sellers. And many more producers in California are using moisture sensors to help irrigation scheduling.

Another innovation? WeedSeeker, Trimble’s weed detection sensor made for precise site-specific application of herbicides. “Its use is growing in geographic regions where weeds have developed a tolerance to standard glyphosate-based broad spectrum herbicides,” notes Mike Martinez, Marketing Director.

Given all the newer/exciting technologies for precision agriculture on this list, it might be a surprise to see variable-rate application (VRA) seeding here. According to Sid Parks, Manager of Precision Farming for GROWMARK, this has been able to maintain its importance in part because of its nature. “It appeals to a growers’ natural inclination to try to maximize a field to take advantage of all of the possibilities of increasing the yields possible by paying extra attention to the factors that impact seed growth,” says Parks. “It’s a little different than variable-rate fertilizer because VRA seeding relies on your ability to gather accurate data for the start of the agricultural process, the seed itself.”

Another factor working in VRA seeding’s continued importance to overall precision agriculture is the fact it as a category has plenty of room to grow. “Although folks have been using VRA seeding practices since the mid-1990s, it still is probably only being used on 5% to 10% of the planted acres today,” says Parks. “But the ability to gather good, useful data for VRA seeding is getting much better, so the chances of more growers using this practice in their yearly operations will continue to improve going forward.”

Visit most of the nation’s ag retail locations and chances are some kind of weather tracker will be on display. Per­haps no other variable is as important — and completely unpredictable — as the weather.

But help is on the way. “Over the past 25 years, you’ve gotten a lot of important technologies developed that would be even more valuable with quality weather modeling, but we are now at a point where assuring good crop yields is key to making certain the world has food solutions that work,” says Jeff Keiser, Vice President of Strategic Sales and Marketing for Iteris. “Here at Iteris, we’ve been in the data modeling business for more than 30 years. Our first agricultural system, ClearAg creates a platform for agriculture and expands into other modeling areas such as water use, soil properties, and crop growth.”

An example of this, says Keiser, involved a potato grower in the Northern Plains that found harvesting his crop at a certain temperature was key for maintaining crop quality and integrity. In the past, this grower sent scouts out into the field to manually assess soil temperatures before sending in the harvest equipment. “But by using ClearAg, this grower was able to take all their soil readings remotely and he was able to accomplish his harvest a lot more efficiently than ever before,” he says.

Although some forms of variable-rate fertilizer have been used for decades, nitrogen modeling has become more pronounced recently. “Our clientele has been using variable-rate technologies for fertilizer applications since the mid-1990s,” says Matt Waits, CEO for SST Software. “However, the complexity of the nitrogen cycle and how it is in a constant state of flux has always made managing nitrogen difficult.”

Recently, SST Software has partnered with Agronomic Technology Corp. (ATC) to introduce Adapt-N. According to ATC CEO Steve Sibulkin, Adapt-N was first introduced in 2014 and is becoming an important tool for properly managing nitrogen use. “There’s a belief in agriculture that today’s environmental pressures will only get worse as the industry moves forward,” says Sibulkin. “The vast of majority of growers want simple methods to use to be able to address these concerns. That’s what Adapt-N and other nitrogen modeling processes are currently bringing to the table.”

The call for compatibility across equipment manufacturers’ components — primarily through ISOBUS standards — continues to go out. Official initial efforts to implement this began about eight years ago with the formation of the Agricultural Industry Electronics Foundation. The group now includes more than 170 companies, associations, and organizations that are actively collaborating to make the standards work.

Industry participants that have to deal with equipment compatibility “on the ground” continue to be frustrated, however. Third-party tech experts often struggle to manage competing suppliers’ products. Says Tim Norris, CEO of Ag Info Tech, LLC, Mount Vernon, OH: “There will be a point hopefully where components get to be pretty much plug-and-play — and it’s a lot better than it was — but it’s still a real issue.” 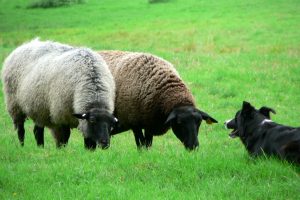 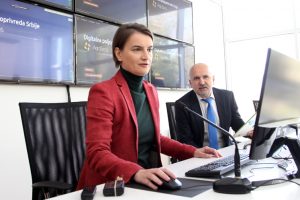 The Serbian government is "doing everything in its power to keep young people in Serbia, but also so that those who left the country would return 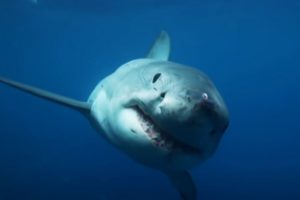